It has been designed and fabricated a distributed biomorphic computing device built and operated by slime mould Physarum polycephalum. A Physarum chip is a network of processing elements made of the slime mould's protoplasmic tubes coated with conductive substances; the network is populated by living slime mould. A living network of protoplasmic tubes acts as an active non-linear transducer of information, while templates of tubes coated with conductor act as fast information channels.

The Physarum chip has parallel inputs (optical, chemo- and electro-based) and outputs (electrical and optical). The Physarum chip solves a wide range of computation tasks, including optimisation on graphs, computational geometry, robot control, logic and arithmetical computing. The slime mould-based implementation is a bio-physical model of future nano-chips based on biomorphic mineralisation.

We envisage that research and development centred on novel computing substrates, as self-assembled and fault-tolerant fungal networks will lead to a revolution in the bio-electronics and computer industry. Combined with conventional electronic components in a hybrid chip, Physarum networks have radically improved the performance of digital and analog circuits.

Taking into account the enormous and growing interest of research centres and commercial laboratories in the recent experimental implementations of chemical, molecular and biological computers, we can predict that in the next 20-30 years, networks of slime mould mineralised and/or coated with compound substances will become a widespread commodity and a very promising component of novel information processing circuits.

In addition, in this project we have demonstrated a possibility of coupling organic memristive devices with living beings, that established a basis for further works towards synapse prosthesis. 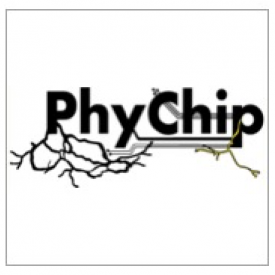