Wearable technologies for wellness and sport

IMEM institute has developed an innovative approach to wearable sensors, based on the integration of the active part of the sensors in widely used materials, such as textile fabrics or porous polymers. Thanks to the use of material functionalization technologies based on conductive polymers, biosensors with OECT (Organic Electrochemical Transistor) geometry have been created for the monitoring of biological fluids, in real time. 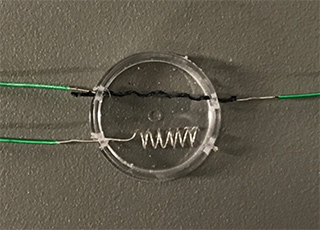 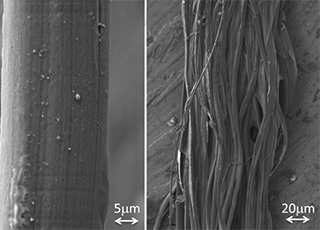 In particular, sweat analysis was performed to monitor the physiological state of the person and the sportsman. Thanks to further functionalizations, with enzymes or with ion-selective membranes, wearable textile biosensors have been used to selectively analyse neurotransmitters such as tyrosine, and specific salts, such as potassium, calcium, and sodium. 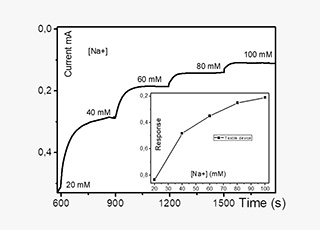 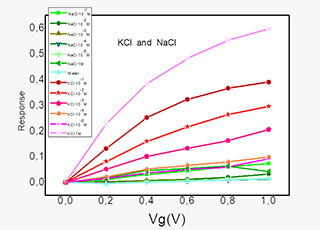 Furthermore, thanks to the functionalization of porous polymers with conductive polymers, soft pressure sensors have been created. These all-polymeric structures can be used in specific wearable devices, such as the insole of a shoe. With these technologies, prototypes of active insoles have been realized, with the aim of monitoring the pressure of the foot in different points in real time, determining the person's posture and gait defects. 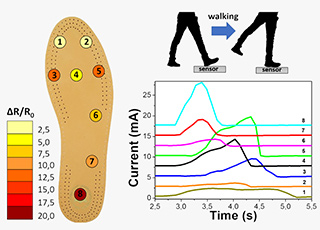 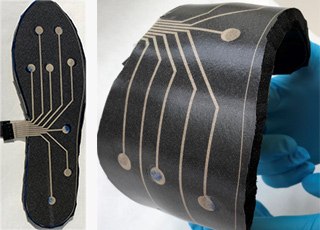