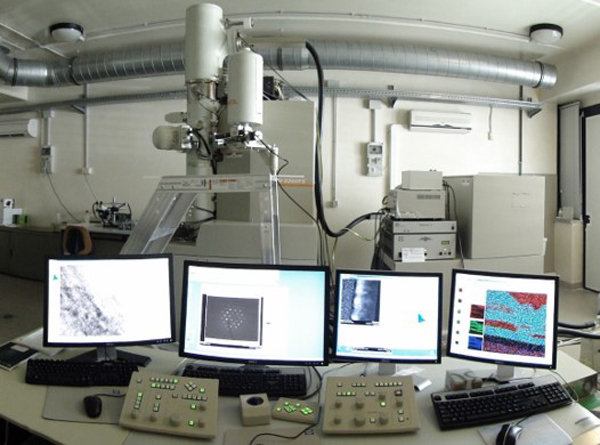 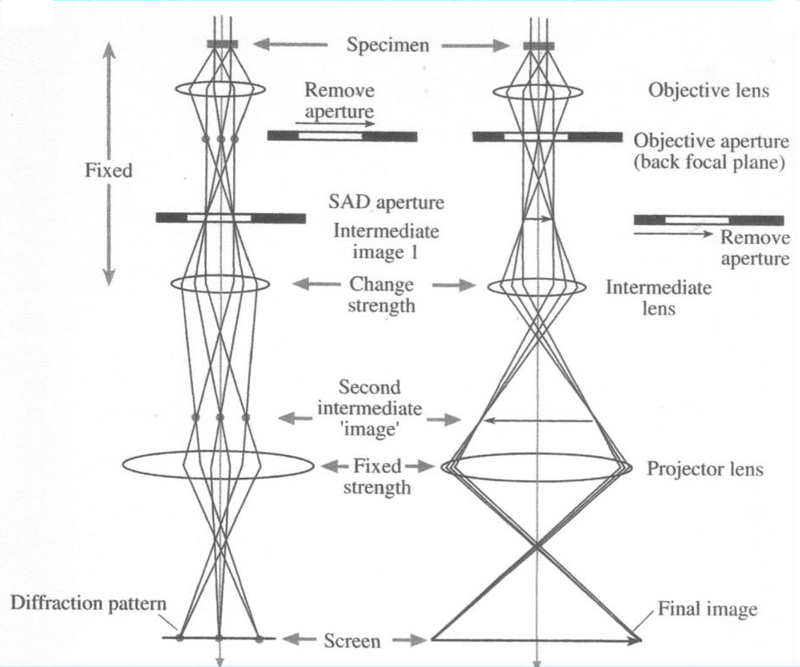 In TEM / HRTEM working mode, a parallel electron beam is used. It illuminates a region of interest of the material to be analyzed, suitably thinned or in the form of a nanostructure. The electron diffraction pattern and the image of the sample - in amplitude (brightfield) or phase (high resolution, HRTEM) contrast - are reconstructed, through a system of electromagnetic lenses, from the electrons, transmitted and diffracted, which have passed through the material. 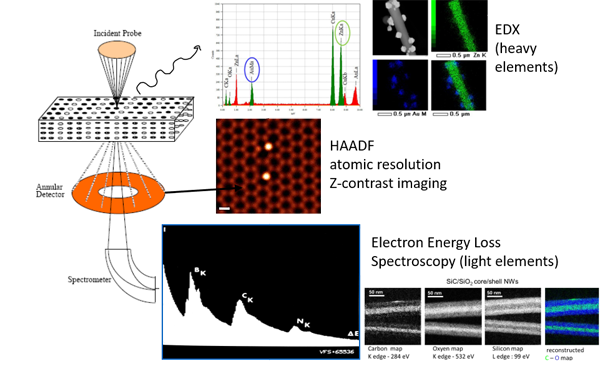 In STEM mode, a convergent electron beam is scanned over a region of interest (area, line, spot). An annular detector allows the collection of high angle scattered electrons - this technique is also called High Angle Annular Dark Field (HAADF) - used for the formation of images with atomic number contrast (Z-contrast).

In both TEM and STEM mode, analytical techniques are also available:

Lorentz  microscopy (LM)  is a method to map the in-plane magnetic induction in the thin foil. The technique is based on retrieving the phase distribution of the electron wave function by measuring the intensity distribution derivative along the beam propagation direction (through a series of images taken at different defocus values). To preserve the magnetic microstructure of the sample, the Lorentz microscopy is performed turning off the objective lens, thus limiting the spatial resolution to some nm.

Advanced transmission electron microscopy techniques, including STEM-HAADF, HR-TEM and Lorentz microscopy, together with magnetic force microscopy (MFM-link), represent a powerful tool for the study of nanostructured magnetic materials. They can be employed to correlate the material properties at the macroscopic scale with the structural and magnetic properties at the micro- and nano-scale 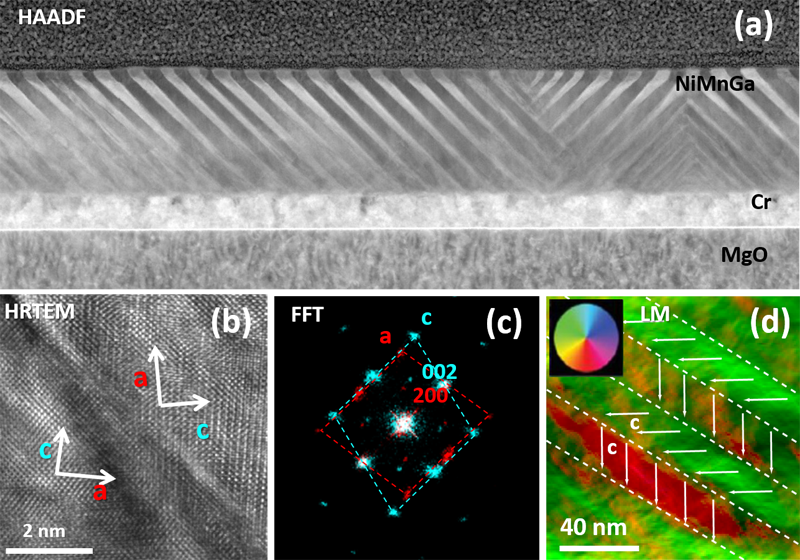 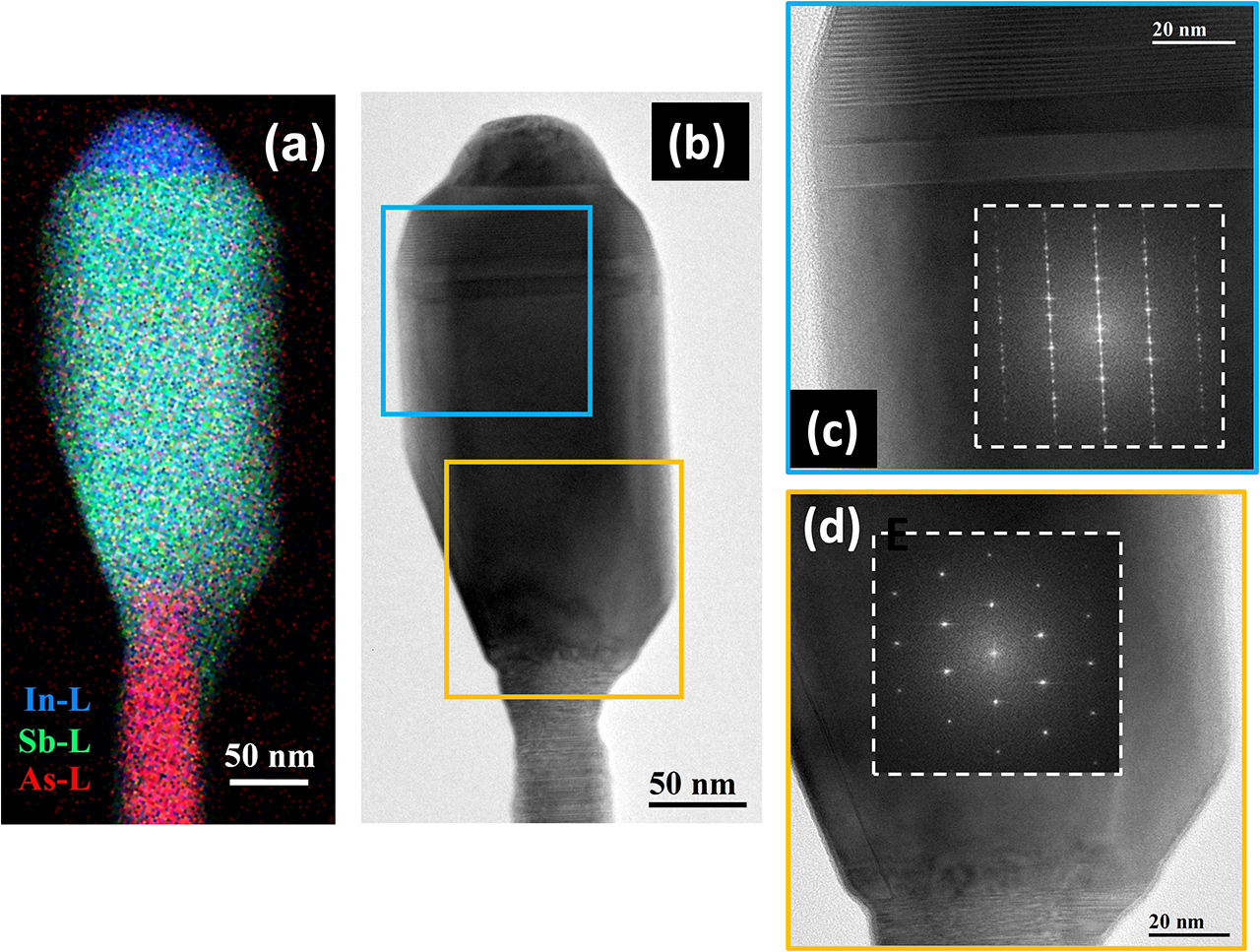 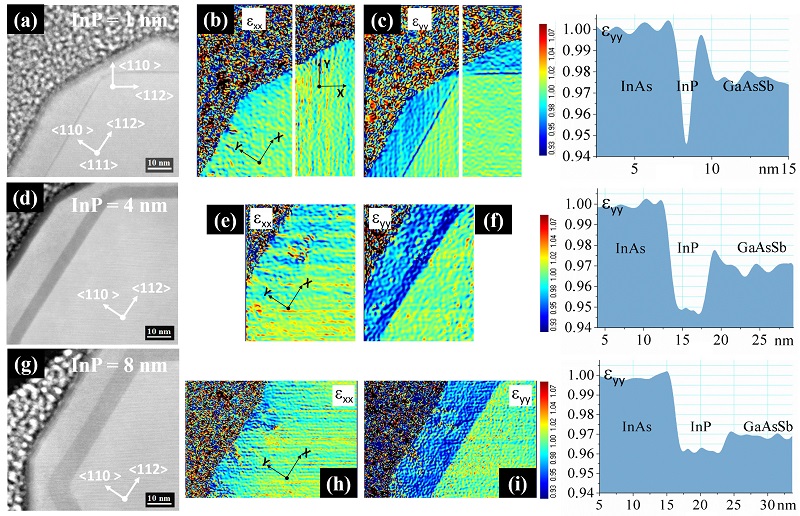 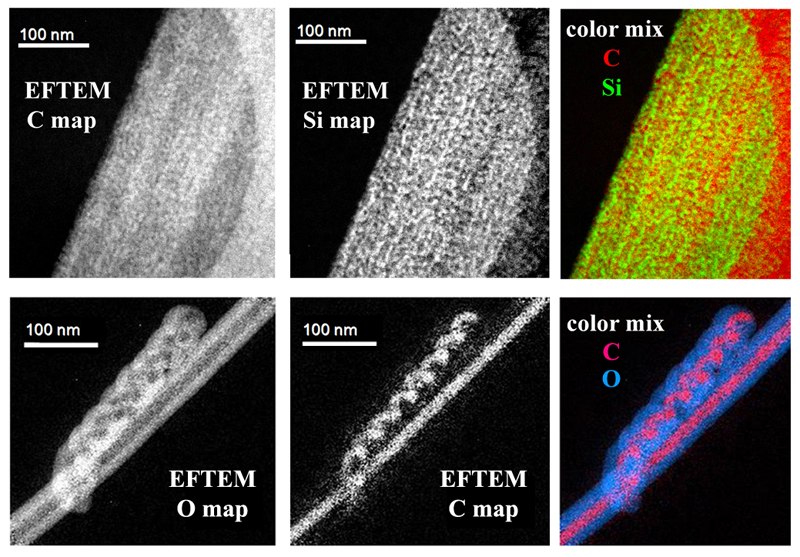 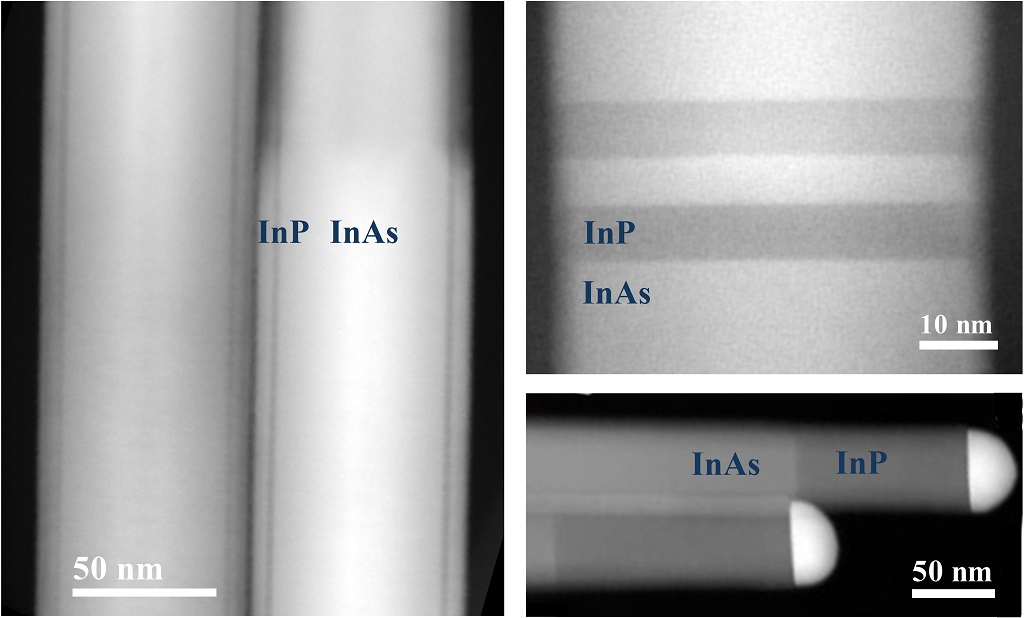 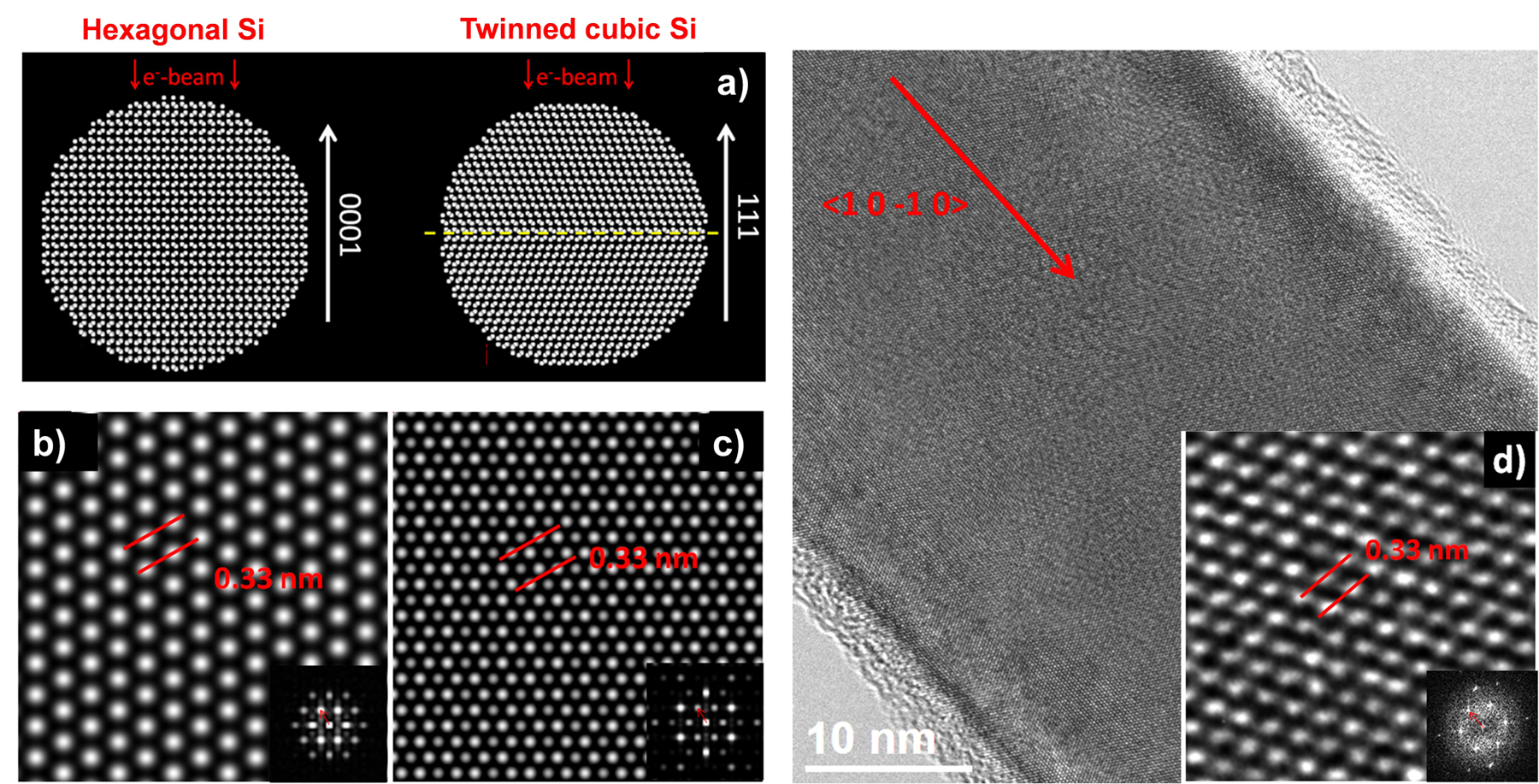 Hexagonal silicon has very promising optical properties, but it is difficult to prove the hexagonal phase by high resolution TEM techniques. In fact, defects in cubic silicon, for instance planar twins orthogonal to the 111 direction (upper left), viewed along particular directions, produce patterns that are similar to those of the hexagonal polytype. While the diffraction pattern is identical, the high resolution image is different, as clearly showed by simulations (bottom left). The experimental image on the right, compared to the simulations, allows to remove any ambiguity and to identify the hexagonal phase in Si NWs.

Experimental visualisation of the electromagnetic coupling between the plasmonic resonance (LPR) of a gold NP and the exciton (NBE) of its ZnO support by means of spatial mapping of the two emission distriìbutions. Ref: Sci. Rep. 2016 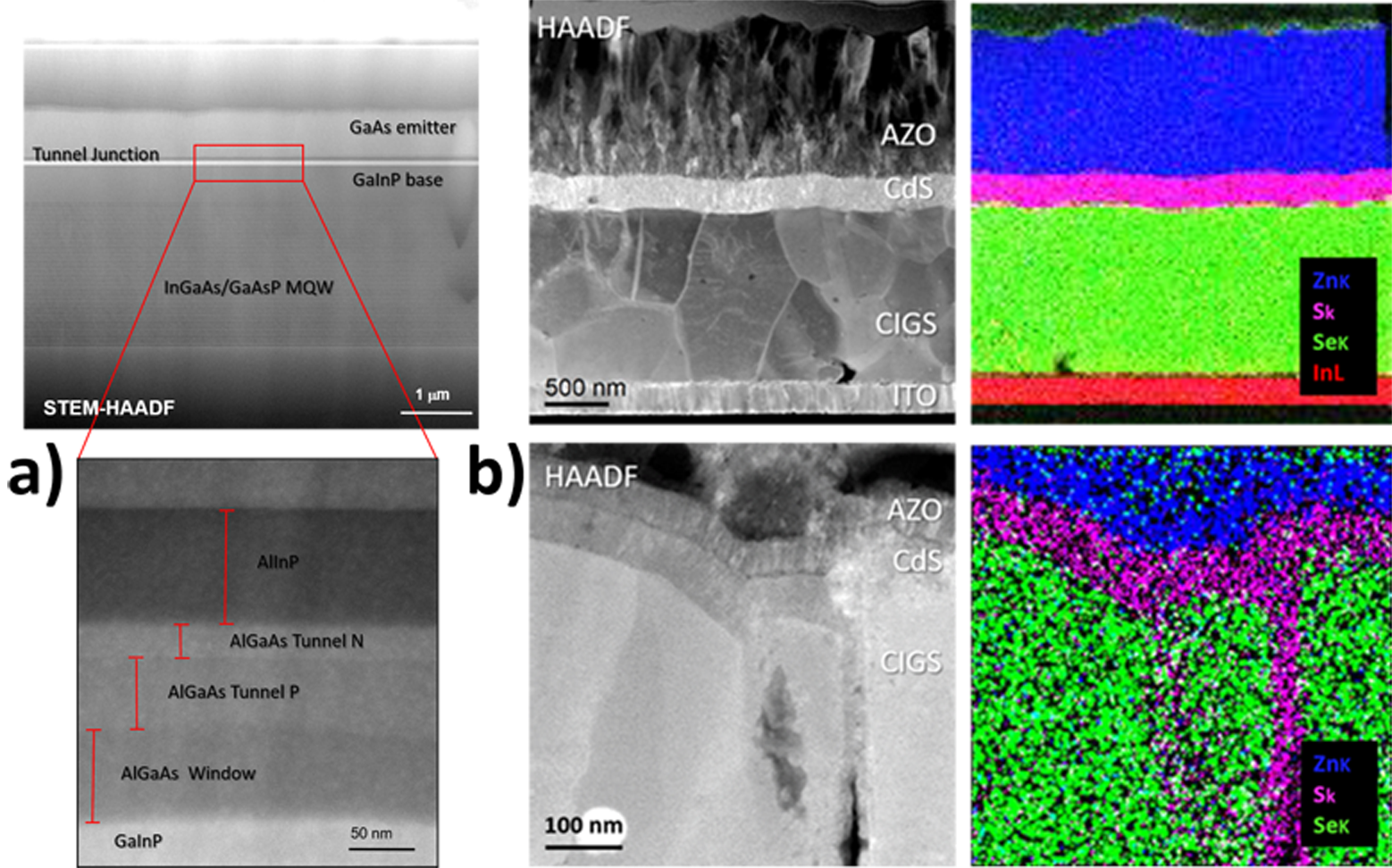 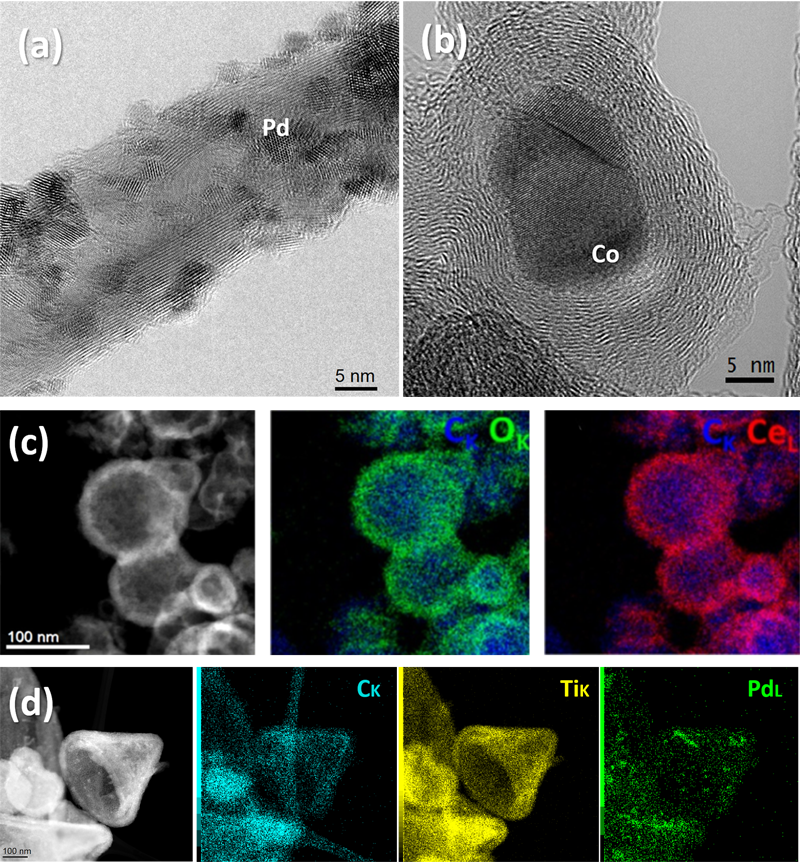